Mother’s Day weekend, when Azalea Way is in full bloom, has historically been the busiest weekend of the year for visitors in the Arboretum.

This year, partners at UW Botanic Gardens, Seattle Parks and Recreation, and the Arboretum Foundation are offering you and your family ways to engage with the Arboretum safely.

Parking lots remain closed, Arboretum Drive will be closed, and people are encouraged to only visit parks in their neighborhood. Follow these suggestions from Seattle Parks and Recreation for how to enjoy parks safely during this time.

A Mother’s Day Walk through the Arboretum

For many, it’s a tradition to head to Washington Park Arboretum on Mother’s Day when it’s peak bloom for azaleas, rhododendrons, and some magnolia and dogwoods. With social distancing in place, you can help flatten the curve by staying home this Mother’s Day and watching a “slow TV” tour of the Arboretum in bloom, thanks to our production partners at Seattle Channel.

You can watch the full tour on Seattle Channel/Seattle Cable Channel 21 or Seattle Channel’s live stream YouTube channel at 11am on Sunday, May 10, just in time to play in the background during Mother’s Day brunch.

Through virtual story times, self-guided family nature activities, online classes, a plant answer line, and more, we have many ways for you to connect with the environment close to home!

It is a 3/4 mile long level walk through the heart of the Arboretum. 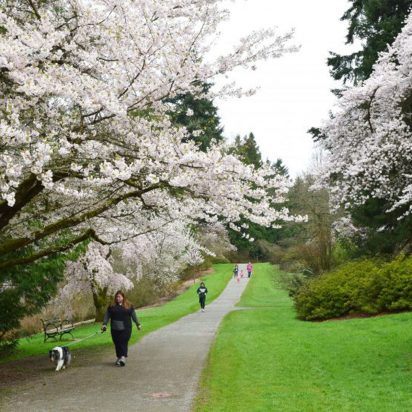 #2. What was the original use of Azalea Way?

Azalea Way traces its origins to the original skid road used to log the surrounding forest in the late 1890s.

After the city acquired the land, the road became a speedway used for horse riding and racing. 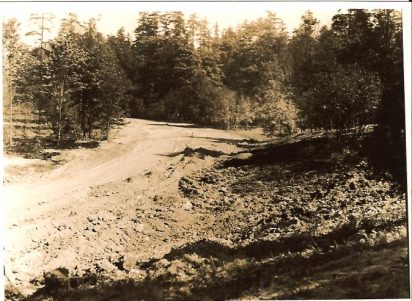 #3. What plants can be found on Azalea Way? 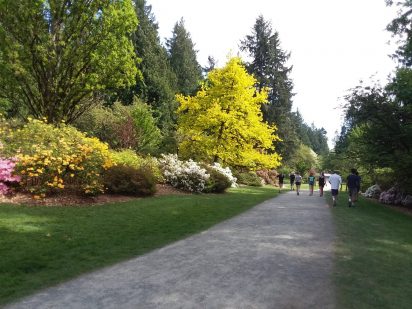 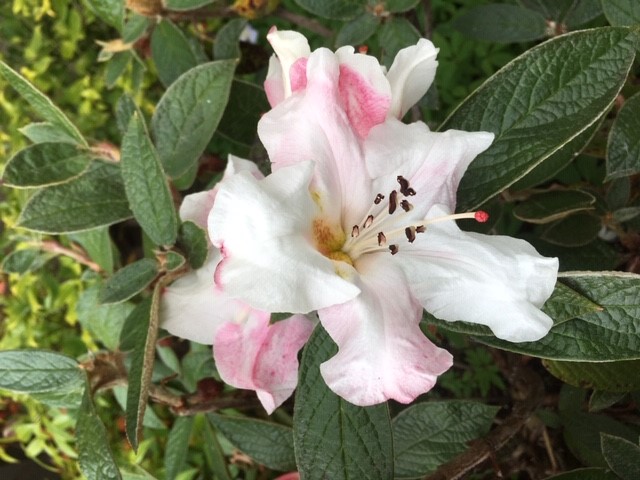 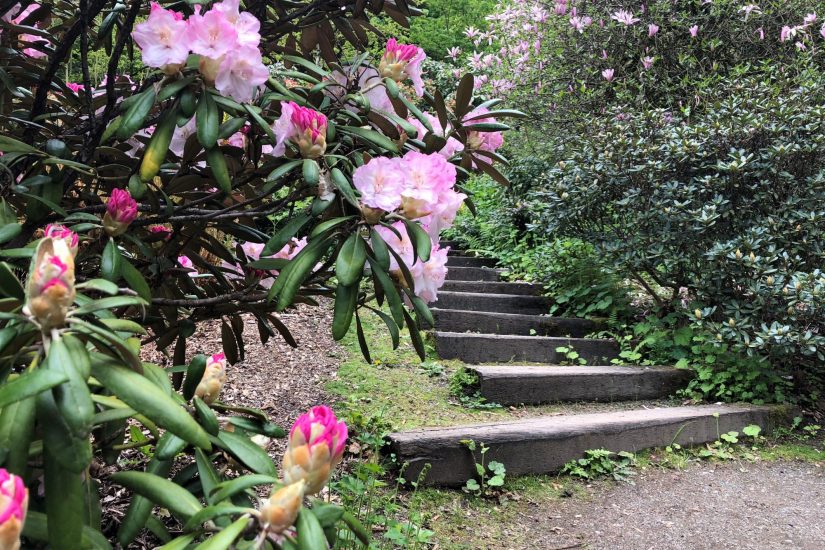 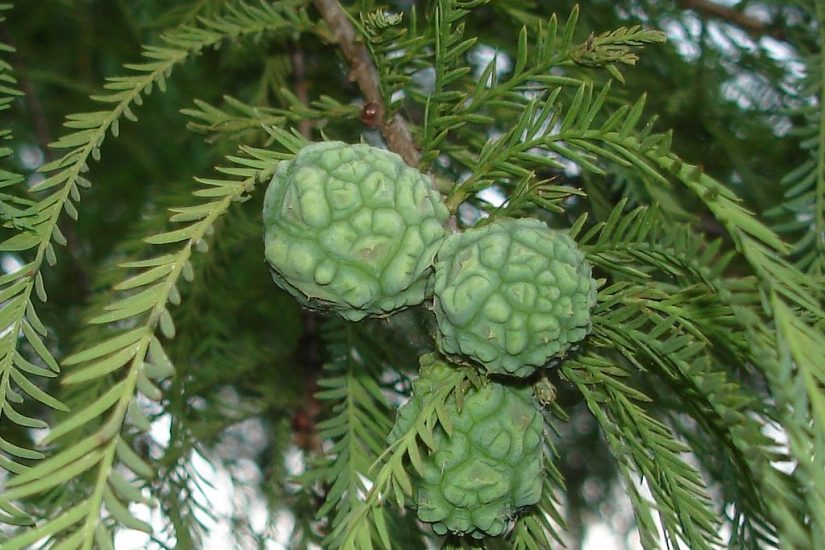 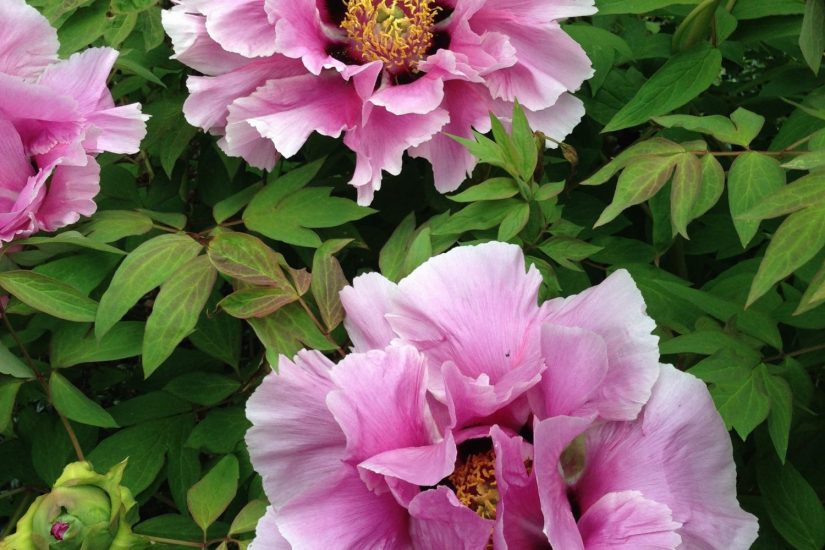 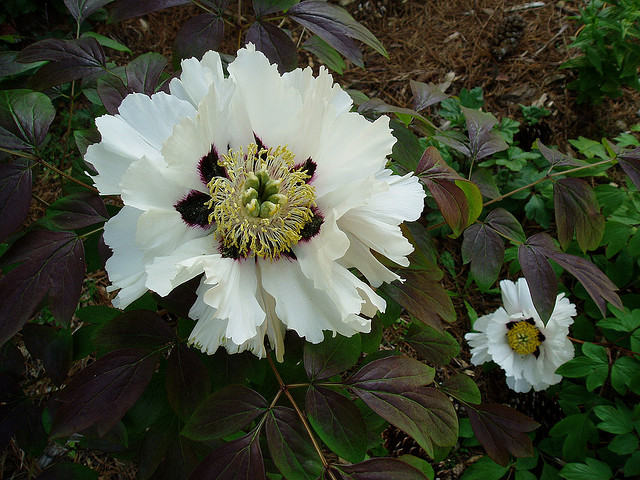 May 2010 Plant Profile Lupinus ‘The Governor’

Video Tour the Washington Park Arboretum (1993): This 26-minute video, produced by the Arboretum Foundation in 1993, provides a brief history and tour of the plant collections at Washington Park Arboretum, Seattle. A lot of changes have taken place in the Arboretum in the 25 years since the video was made (including the construction of the Pacific Connections Garden, Arboretum Loop Trail, and Japanese Garden Gatehouse), but the core information is largely accurate. The video includes some rare footage of late Arboretum Director Brian Mulligan, who was hugely influential in the development of the Arboretum’s prized collections of maples, oaks, mountain ash, magnolias, and camellias.

A Glimpse into the Past: Azalea Way before the Azaleas, by Dr. John Wott, Director Emeritus

A Glimpse into the Past: A view of Azalea Way 70 years prior, by Dr. John Wott, Director Emeritus

Use these video conferencing backgrounds to capture this year’s Arboretum family photo!

Photos are from the Arboretum Foundation and Seattle Japanese Garden.

Share your Arboretum Mother’s Day story in the comments!