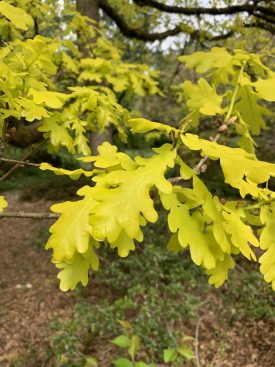 No other tree in the Arboretum is as beloved as our Golden oak, Azalea Way’s sentinel and harbinger of Spring. On the gloomiest of Seattle days in late April through May, it inspires even the most reserved among us beckoning all towards its impressive golden crown.

In Trees and Shrubs Hardy in the British Isles,  by W.J. Bean, he mentions the year 1843 when golden oak first appeared in Van Geert’s nursery in Ghent, Belgium. It was first introduced in Britain in 1868.

Our only specimen to survive of three plants acquired from Layritz Nursery, Victoria, BC in 1947 (accession# 1241- 47*C). It was planted out in 1951 along Azalea Way, just north of lower Woodland Garden pond, it is now 73 years old and going strong! May it serve as a shining beacon of hope in the coming days as we all work together in defeating the scourge of the coronavirus pandemic.

The golden oak flowers in spring, typically in April when leaves are first emerging. The flowers are insignificant male and female yellowish-green catkins. Acorns mature in fall. The cultivar  ‘Concordia’ does not come true from seed.

Golden oaks are low maintenance trees, but you need to be patient with its very slow growth rate. We have not observed leaf scorch late in the season. We do monitor in May for Oak Phylloxera, an aphid-like insect that causes leaf spotting and, if serious, necrosis followed by leaf drop. We have treated most susceptible oaks using horticultural oil during dormant season with mixed results. We are Hoping for better results by treating crawlers when they emerge following leaf expansion in spring. 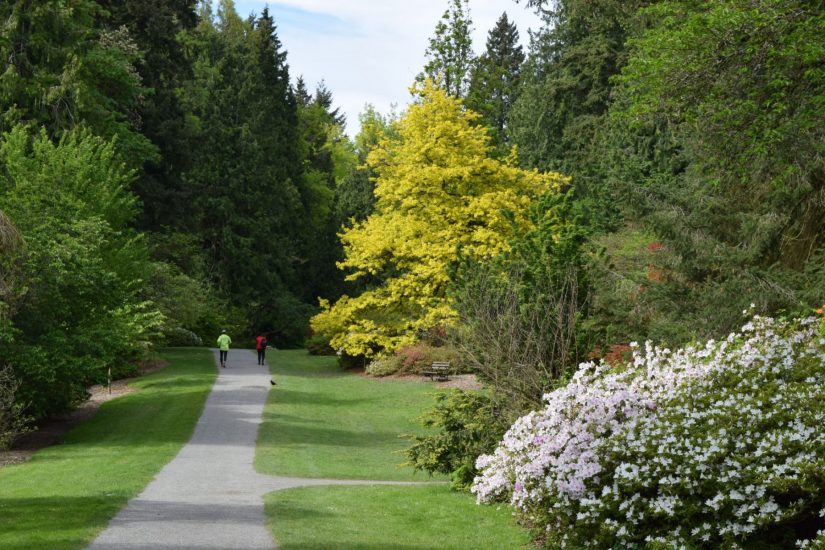 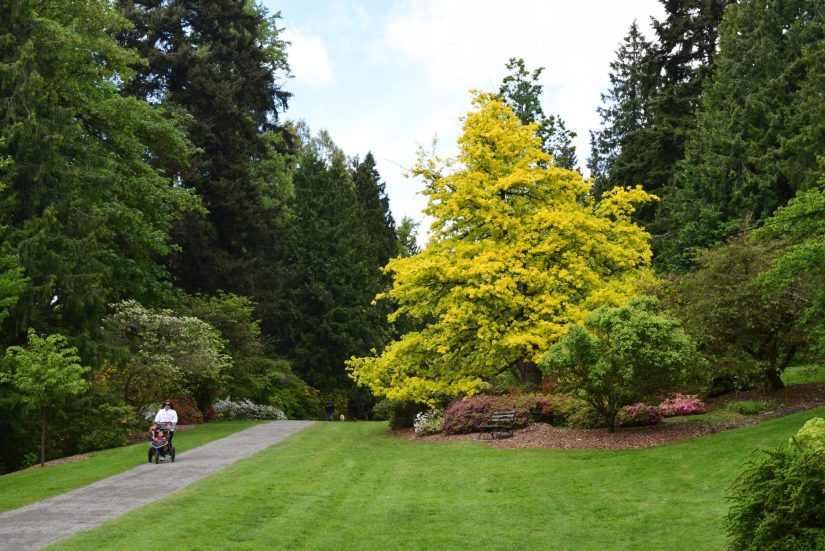