Rhododendron Glen is one of the first collection areas of the Arboretum that was extensively developed, with plantings dating from the late 1930s.  The initial planting of the Glen began in 1938 with a sizable donation of rhododendron species native to Asia from Dr. Cecil Tenny.  The collection expanded over the years and the rhododendrons came to be grouped by botanical relationships between the various species.  Interspersed among the plantings are many companion plants such as magnolias, firs, ferns and other woodland trees and shrubs.  Ericaceous plants (heath family) are well represented.

The upper part of the Glen features a seasonal stream with the original rockwork of the late 1930s still intact. Some of the first Metasequoia glyptostroboides (dawn redwood) trees planted in the United States after their rediscovery in China are found here, and date from 1948. The stream empties into a shallow pond surrounded by Japanese maples and other small trees, and then the stream continues down the hillside through a grove of Thuja plicata (western red cedar) and Enkianthus campanulatus to the large pond at the foot of the Glen. The Glen opens up into a small valley that features flowering cherries, groupings of trees and shrubs, and lawn areas and culminates in the pond that borders Azalea Way. 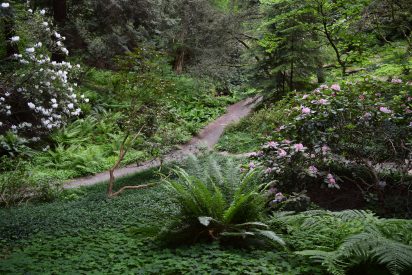 The Pacific Northwest has been home to much rhododendron hybridizing over the last century and many hybrids are featured in Rhododendron Glen.  Recent years has brought renewed interest in species rhododendrons with their attractive foliage and unique forms.  The garden is a delight year round, but especially showy in late spring. 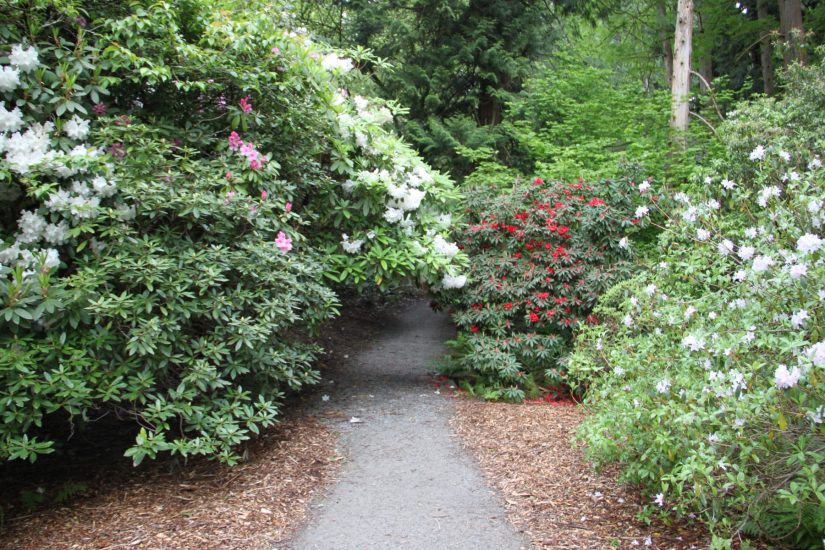 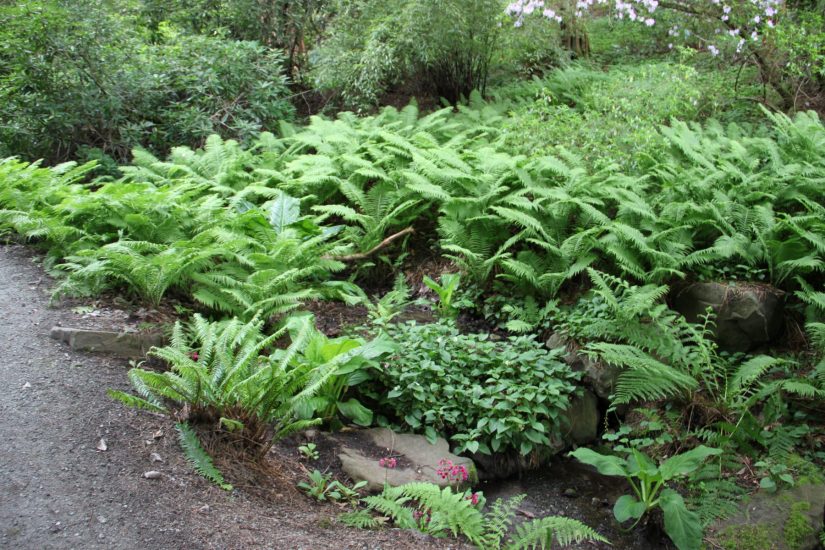 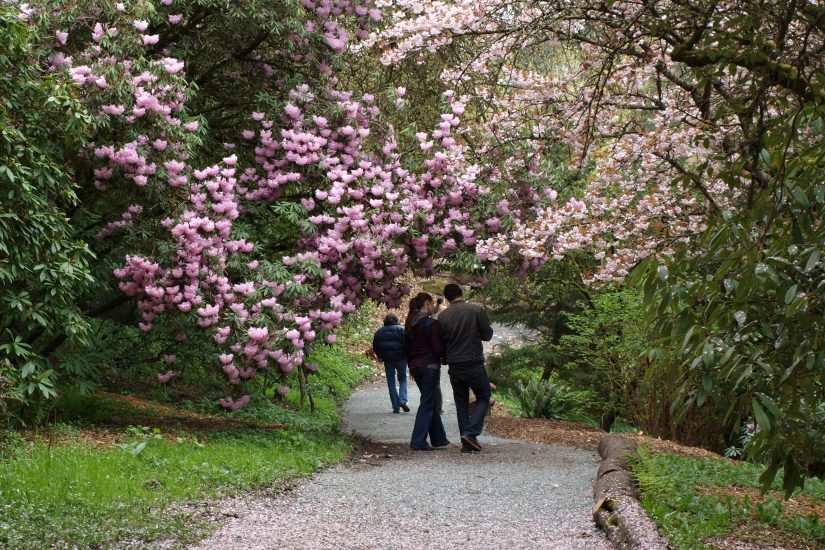