The Arboretum’s Waterfront Trail leads you to Marsh and Foster Islands. Pick up a trail guide, keyed to numbered posts along the trail, at the Graham Visitors Center. If you visit in the spring, look for the blue, scented flowers of China’s empress tree (Paulownia tomentosa) adjacent to Duck Bay. In summer, a breeze may cause “snow” to fall from the cottonwoods (Populus). In the fall, look for golden-hued needles of the larch (Larix).

Many kinds of trees-native and exotic-mingle here: willows (Salix species) on the water’s edge, an alder grove (Alnus species), the sleek madrona (Arbutus menziesii), pines (Pinus species), Douglas-firs (Pseudotsuga menziesii), maples (Acer) and oaks (Quercus). Smaller woody plants such as our native salal (Gaultheria shallon) and serviceberry (Amelanchier) grow in the understory.  Foster Island contains some of the oldest plantings in the Arboretum, with many specimens dating from the 1930s and 1940s.

The Waterfront Trail Improvement Grant design and permitting phase has commenced with the passage of the State budget in May 2019. 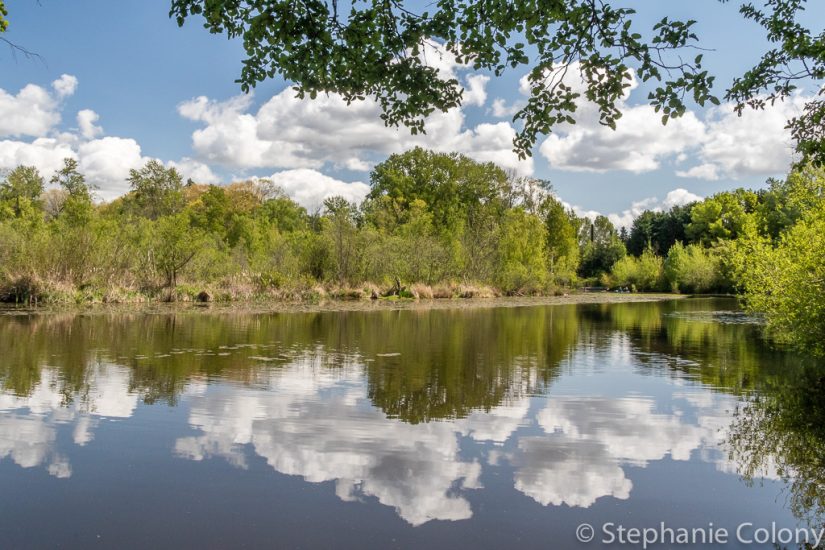 As you wind past Duck Bay to reach Foster Island, watch for American coots, pied-bill grebes, bitterns, blue herons and Canada geese on the water or at its edge. Comorants perch on driftwood washed to the shoreline, while cutthroat trout and sock-eye salmon swim beneath the surface. Goldfinches, bush-tits and song sparrows dart about in the trees. Large marshes, teeming with many forms of life from tiny insects to stately herons, surround Foster and Marsh Islands. 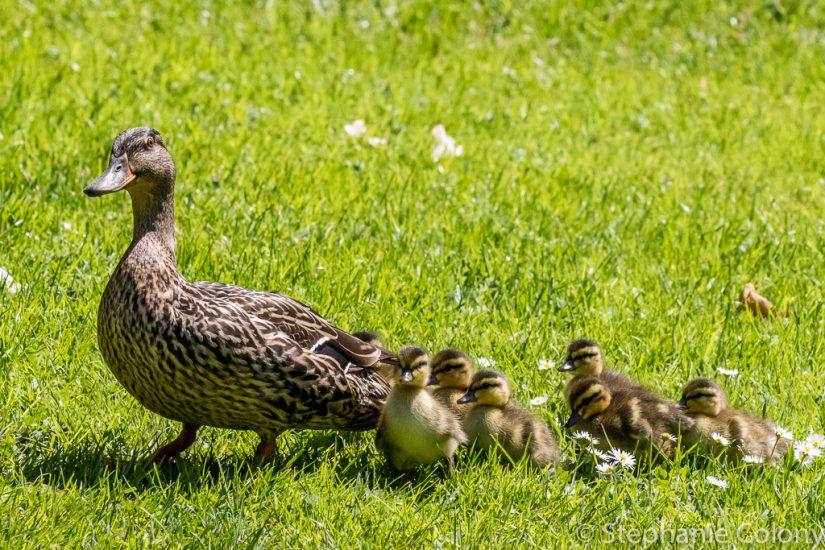 Foster and Marsh Islands were greatly expanded after the water level of Lake Washington was lowered in 1916 with the construction of the Lake Washington Ship Canal.  The system now connects Lake Washington with Lake Union and then west to locks to reach Puget Sound.  Lagoons were dredged from the exposed lake bottom in the 1930s and this soil was added to the newly exposed shorelines, further expanding the islands.  The construction of the Evergreen Point Floating Bridge in the early 1960s cut Foster Island in half.  The trail through the middle of the island takes you under the bridge to reach the northern part of the island and the Waterfront Trail.  The Trail was constructed after the bridge was built and connects Foster Island to the north side of the ship canal, reaching the Montlake neighborhood and the UW campus.

From the northern tip of Foster Island, you can look across Union Bay to the University of Washington campus and Lake Washington. On clear days, you’ll catch views of the Cascades and Olympics. From Foster Island, a boardwalk portion of the Waterfront Trail leads westward over the water to Marsh Island. Along the boardwalk, you’ll find native marsh plants, such as cattails (Typha latifolia) and waterlillies (Nymphaea species). Unfortunately, you will also see some purple loosestrife (Lythrum virgatum) and yellow flag iris (Iris pseudacorus), both of which are pretty, but aggressive, non-native plants. 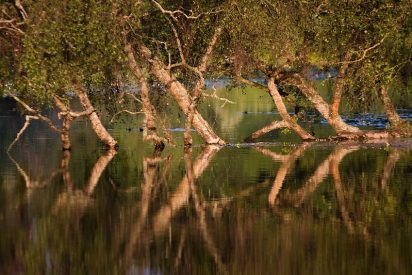 A Shoreline Trail restoration project was completed in 2011.  Anchor Environmental, L.L.C. was commissioned by the Seattle Department Parks and Recreation as the prime consultant for this waterfront park and habitat restoration project. Designed by the Olmsted Brothers Landscape Architects, the Washington Park Arboretum is one of the largest, and most loved, historic park holdings within the Seattle Parks system.

The Arboretum’s shoreline is located on Lake Washington’s Union Bay and contains one of the largest and most significant wetlands on the lake. The area is critical habitat for federally listed species such as Chinook salmon and nesting bald eagles. This wetland is also part of a very popular canoe route, and has a heavily used pathway system along the 1,700 linear feet of shoreline. The general intent of the project was to restore the eroded shoreline as fish and wildlife habitat, while providing access and views for recreation. Access for the disabled was also an important aspect of the trail improvements, which include relocating and rebuilding pathways, and replacing a major pedestrian bridge to Foster Island. As a result, carefully located viewpoints and water access points are designed to focus human use in appropriate locations. Note: canoe landing is permitted at the newly-installed landing areas, but no boat launching of any kind is permitted at the Washington Park Arboretum.

The habitat improvement component of the project is located on a former landfill and marsh. As a result, the design included structural elements and earthwork features that required geotechnical engineering analysis of a bridge as well as shoreline and pedestrian trail regrading. Anchor conducted a program of drilled borings and limited exploratory excavations to establish underlying soil types and their engineering characteristics relative to the planned construction. Anchor then determined appropriate pile types and embedment depths for bridge support, and evaluated the potential for re-use of excavated soils in construction of the re-graded paths. KPFF provided the civil/structural design for the project, including the new bridge. 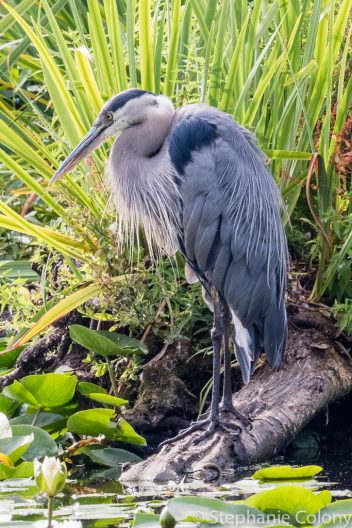