On Tuesday, March 23rd, Arborist Shea Cope found himself swaying 30 feet high on the Osprey nest pole near the Loop Trail at Union Bay Natural Area. He had climbed to the top of the pole using first a ladder and then tree-climbing spurs. Now he called down to his arborist colleague, Clif Edwards, “Send up the gourds.” 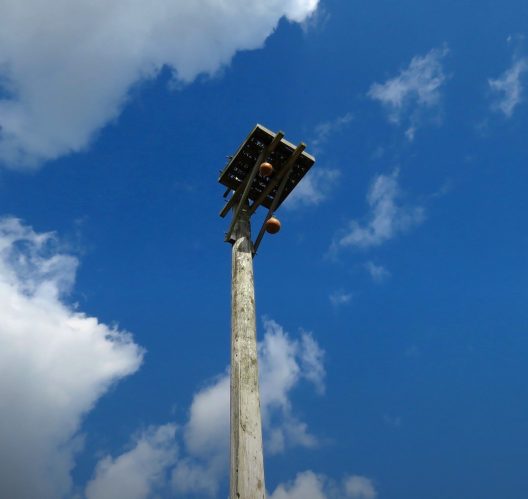 Attaching two specially-prepared gourds to a system of wires and pulleys, Clif sent them flying up. The gourds were part of a long-standing effort on the part of generations of birders to bring back Purple Martins to Western Washington. Now the birders were partnering with the UW’s Botanic Gardens staff to provide nests for these beautiful but threatened birds.

“Purple Martins are our biggest swallows,” says master birder Connie Sidles. “The males are a glossy black that shines purple in the bright sun. Back in the 1940s, they were common summer residents in Seattle, swirling around our skies on the hunt for flying insect prey. Then mysteriously, they began to disappear. No one knows exactly why. At first, many birders thought the martins were losing habitat in their winter homes in Venezuela or Brazil. We do know that one major factor in their decline was the increasing lack of nesting opportunities in North America, along with a drop in insect prey. But for whatever reason, Purple Martins disappeared from Seattle. It was a great loss.”

Sidles explains that back in the 1990s, a beloved birder, naturalist, and King County environmentalist, Kevin Li, set out single-handedly to try to bring back the martins. He began putting up nest gourds all over Western Washington. Purple Martins are among the many species of birds that nest in cavities in trees. As people in our region eliminated more and more standing dead trees and the cavities they contain, all the cavity-nesting birds declined including the martins. 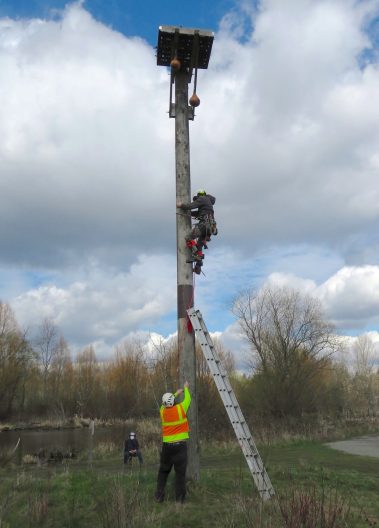 But martins aren’t just cavity nesters. They like best to nest in gourds, preferably gourds clustered together. This adaptive behavior dates back before Europeans ever came to settle in North America. Tribes all across the continent had discovered the martins eat vast quantities of insects, clearing out flying bugs from campsites. So tribe members put up hollow gourds for the birds to nest in. Li knew all about this history and believed if he could put up gourds near bodies of water that attract insects, he might be able to persuade migratory martins to raise their young here again.

Tragically, Li died in a diving accident in 2006. Now his “heirs” continue the work. “Today we are here to honor Kevin Li and the ancient tribal members who hung gourds for Purple Martins,” says Elaine Chuang, one of Li’s devotees. “The two gourds we are hanging today, and another gourd we’ll put up nearby are a generous gift from birder Kim Stark of King county Water Quality, a past colleague of Kevin’s and a prime mover in continuing his work all over the region.”

When Shea was back on the ground, everyone gazed up at the gourds gently swinging in the breeze. Big smiles broke out, a sign of the joy and hope that martins evoke. Last year, two martins nested in a Wood Duck box near the Osprey pole. This year when they and their progeny come back, the gourds will be waiting.

“We’ve done what we could,” says David Zuckerman, Manager of Horticulture for UWBG. “Now it’s up to the birds.”

The martins are on their way from South America. Let’s hope they make our gourds their new home.

2 Responses to “"Gourds Go Up" by Connie Sidles”