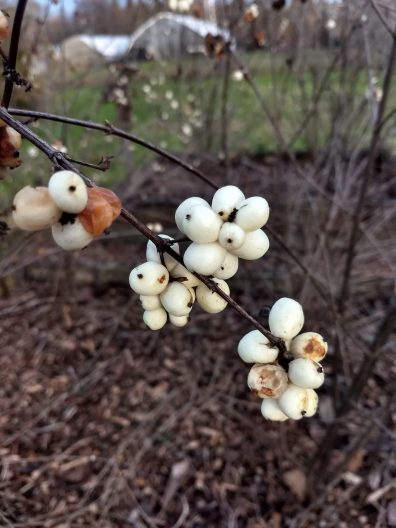 As we anticipate La Niña bringing us a snowy winter, let’s take a moment to appreciate a snowy plant, or rather a plant named for its snowy berries – common snowberry. Botanically known as Symphoricarpos albus, the plant is aptly named for its white clusters of fruit.  The genus is a combination of “symphori” referring to the Greek verb “to bear together,” and “carpos” from the Greek word for “fruit.” The specific epithet “albus” is the Latin word for “white.”  This species of snowberry boasts ripe, white berries that develop in late summer and persist all winter, through the rain, cold temperatures, and even through, you guessed it, our [occasional] snow.

With an opposite branching pattern, snowberry has characteristic leaves that come in all shapes, and in a snowflake-like behavior, not one leaf looks the same as another. From anywhere between ovate, rounded, or elliptical, to partially or highly-lobed, these cute and dainty leaves add a whimsical sense to this shrub. 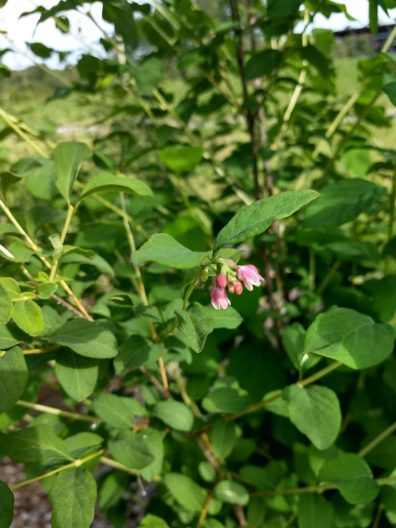 Already with desirable leaves and berries, snowberry conspicuously, and perhaps modestly, provides small, pinkish-white, bell-shaped flowers. While our human eyes are trained for the more flamboyant flowers, hummingbirds and bees will gravitate towards those of common snowberry.

With unique leaves and being a winter fruit-bearing plant, it’s no wonder why common snowberry is used for ornamental landscaping. And to further impress us, common snowberry helps provide soil stability, slope stability, and therefore erosion control, making this plant a restoration staple here in the Puget Lowland region. Additionally, common snowberry provides habitat to birds and small animals, as well as food to birds, small mammals, and large grazers. What a versatile plant with an abundance of ecosystem functions!

At the Center for Urban Horticulture, the SER-UW Native Plant Nursery grows common snowberry by seed and by coppicing. This species is known for eager rooting, so taking cuttings is an economically beneficial and less resource-demanding method of production. Once established in a site, a common snowberry can spread via rhizomes. Much of the snowberry grown by the SER-UW Nursery can be found on UW’s main campus and around the Union Bay Natural Area, planted by students driven to re-introduce native plants into restored sites. 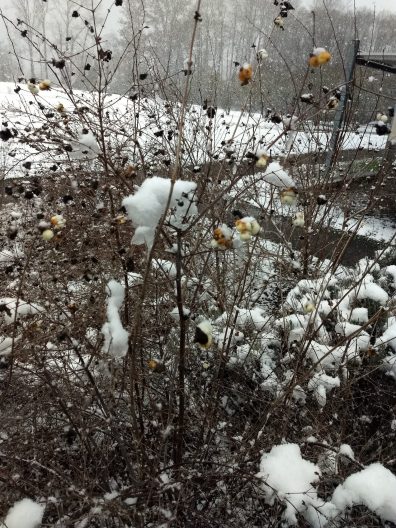 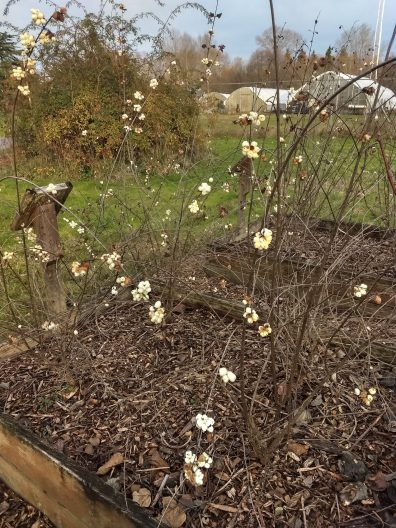