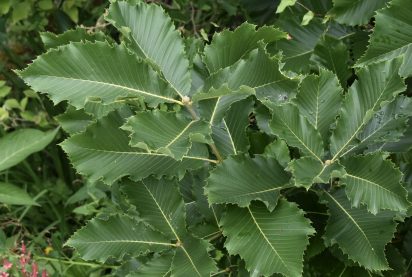 For those of us who appreciate bold foliage in the garden, the Armenian oak is for you. My garden is filled with plants from genera such as Rodgersia, Darmera, Rheum, Gunnera and Oplopanax. I would grow many more Hosta as well, if they weren’t such a deer and slug snack. Most of these plants share a common theme- they tend to be moisture loving perennials, usually appreciating some amount of shade.

In the Pacific Northwest it is difficult to locate suitable plant material that is both hardy and bold for hot and dry locations. If you are not already on speaking terms, say hello to Quercus pontica.

In addition to being bold, the foliage of Q. pontica is exceedingly handsome. With just a passing glance many people would not suspect this plant of being an oak. On closer inspection, the leaves have the typical prominent midrib of oaks, radiating out parallel leaf veins which end in a small, pointed tooth along the margin. Each leaf grows up to 10 inches long, having an acute apex, an attenuate base and a dentate margin. Imagine the beautiful, NW native Sadler oak (Q. sadleriana) on steroids.

You may expect an oak with such significant foliage to be a titan of the forest like the Daimyo oak (Q. dentata, leaves to 12 inches) of Japan, with specimens in the Washington Park Arboretum reaching to 60+ feet tall. You would then be surprised to find out that the Armenian oak grows slowly to about 25 feet, in the form of a large, dense shrub, making it much more accommodating to the average garden.

Quercus pontica blooms in mid to late spring, the female flowers being small and generally inconspicuous while the male flowers display as showy catkins reaching to 8 inches long. Being deciduous, in the fall the leaves turn an attractive yellow-russet color. 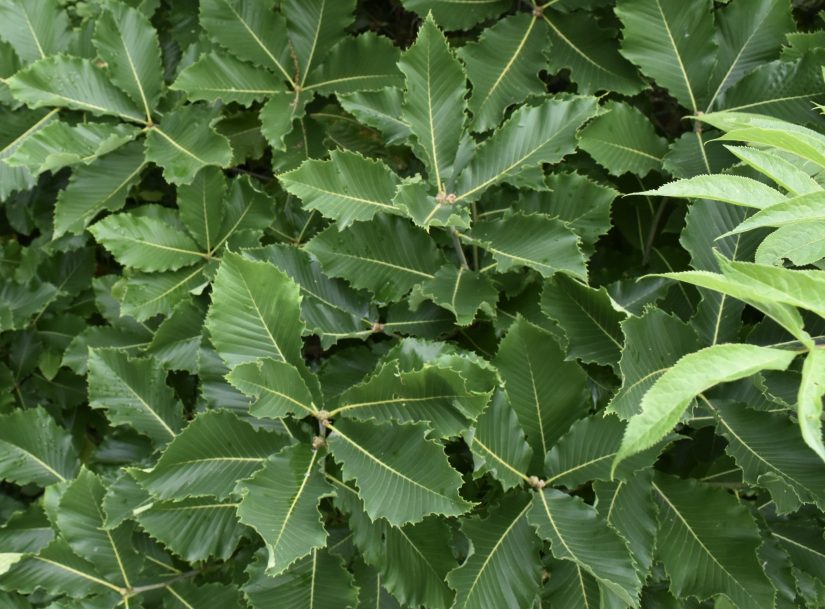 One specimen of Q. pontica at the WPA is located on the west side of Arboretum Drive East, between Foster Island Rd and the Graham Visitor Center. Another, younger plant, was recently planted just above the Arboretum Loop Trail along Foster Island Road. Though appreciative of full sun, this species can also grow in partial shade. It prefers rich, well-drained soil with some moisture. Q. pontica is native to the southern Caucasus region, including Turkey, Georgia and Armenia. The specific epithet “pontica” refers to Pontus, the ancient Greek name for the region on the southern shore of the Black sea. 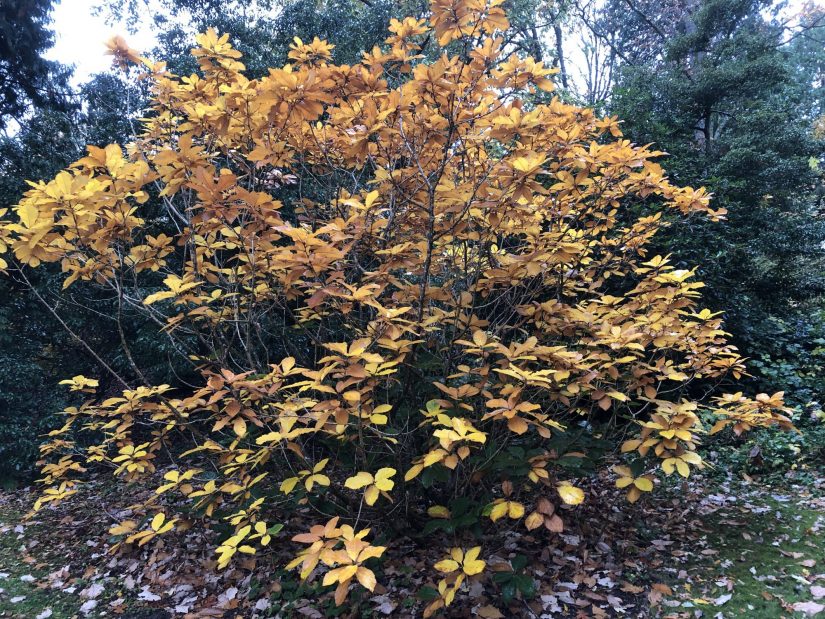 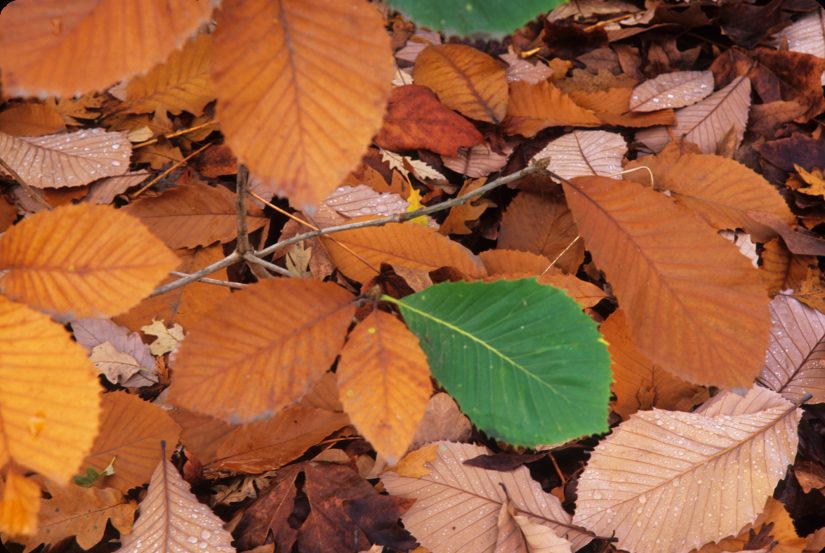 A curious note on Quercus pontica: though my own 9 year-old specimen has yet to display this feature, the 60 year-old plant at the Arboretum loses its leaves only on its larger, older, outer branches- remaining evergreen in its interior during the winter. This led one volunteer to offer to prune out all that “ugly dead wood” one winter as it did appear that an evergreen plant had died to the ground, and put up new shoots from its base the previous spring. Pruners beware! 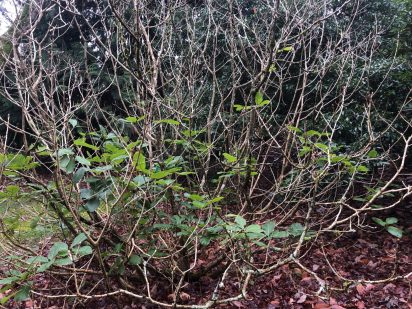 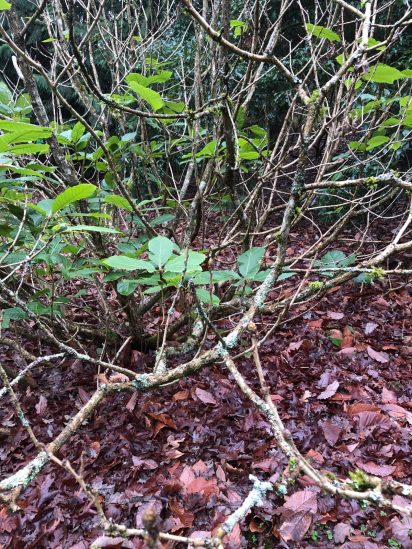