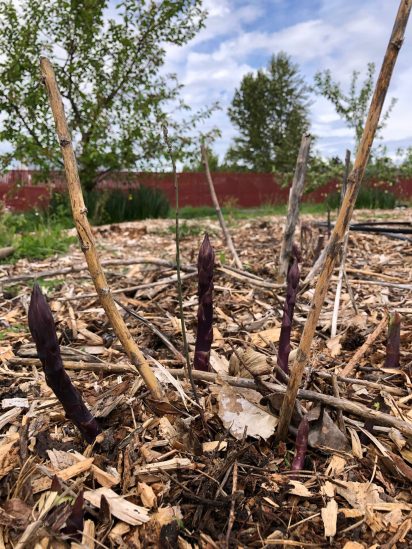 The UW Farm added a third planting of asparagus on Earth Day this year, partly to reduce the dependence on annual crops, but also because it was learned through research that it is heat and drought tolerant. When heavily mulched each year, this spring-cropping member of the Liliaceae family is a wonderful, easy care, nutritious addition to your edible garden.

Asparagus is a perennial crop that can remain productive for 10 to 15 years. The plant is composed of ferns, a crown, and the root system. The crown is a series of rhizomes (underground root-like stems) attached to the base of the main plant. New crown buds, from which spears (immature ferns) arise, are formed the previous year.

According to the Penn State Cooperative extension website, Asparagus is believed to be indigenous to parts of Russia, the Mediterranean region, and the British Isles. It was first cultivated by the early Romans, who used the asparagus for food and medicinal purposes. It was cultivated in England over two thousand years ago and brought to America by the early colonists.

The UW Farm purchased 50 crowns, of WSDA certified organic, ‘Millennium” asparagus, sourced from Filaree Farm that were planted in a part-shade, well-drained plot at Mercer Court. A trench approximately 10” deep and 6” wide was created with a ridge, or row of mounds, about 4” tall. This was mixed with organic compost. Filaree Farm recommends also adding some phosphorus. A good source of organic phosphorus is bone meal. The crowns were then draped on the mounds and covered with 4” of soil, leaving the stems only 1” below the soil. 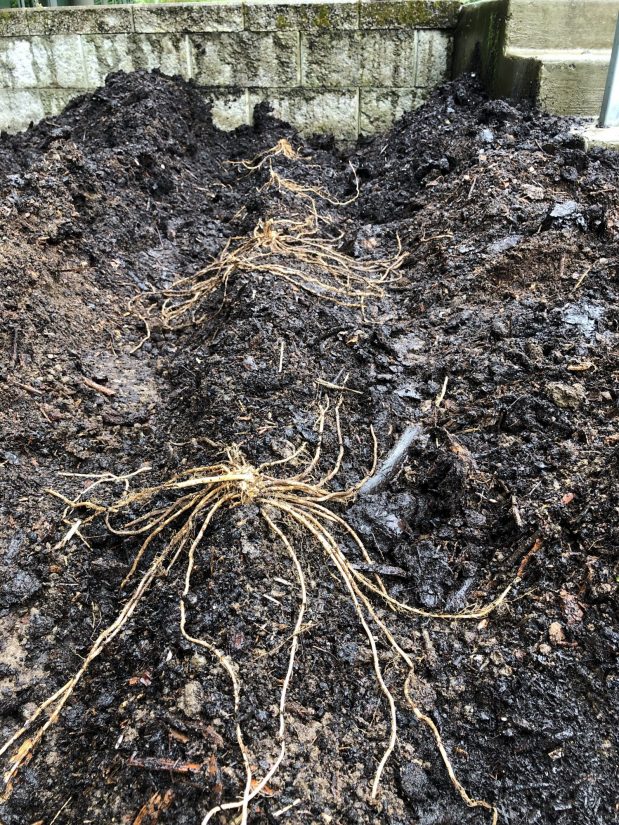 This planting was the UW Farm’s act of hope for Earth Day and for those challenged by COVID19, because we will not harvest until 2022. The UW Farm highly recommends planting asparagus in your garden, due to the ease of growing and harvest and nutritional benefits.
Look in future editions of The Weekly Dirt newsletter for an asparagus recipe!

One Response to “May 2020 Plant Profile (extra): Asparagus officinalis”