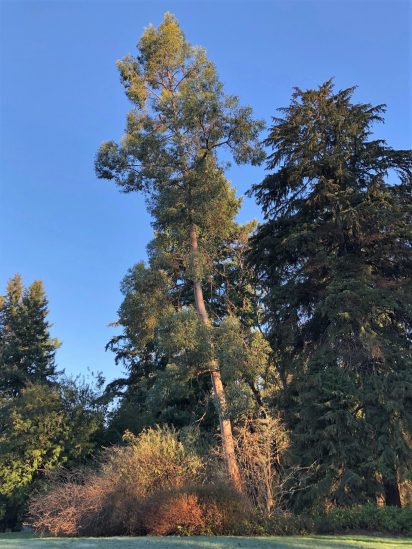 Eucalyptus gunnii is the tallest eucalyptus in the Arboretum and is now one of the taller broadleaf trees—being nearly 80’ tall at present—and enjoys a prominent position in the future footprint of the Australian Forest.

Part of its longevity and good performance is also likely due to its provenance.  Eucalyptus are generally grown from seed, and seed from higher elevation trees have proven to be much hardier.  Another reason is likely the warming temperatures of the Seattle metropolitan area in recent decades, including warmer winter temperatures.  We just aren’t getting as cold as we used to in the early days of the Arboretum.  The cold temperatures we do experience are often of shorter duration.  Additionally, cider gum is quite tolerant of wet feet compared to many other eucalyptus species.

Specimen 1295-56*A was planted along with 2 others in 1957 and another clump of 3 nearby in 1958 in the old Hypericum section between the Witch Hazel Family collection and the Camellia collection.   Records show that some died to the grown from cold in the winters of 1968-69, 1989, 1996 and other years.  Eventually some weakened or succumbed to cold or its aftereffects, leaving just one.

The Arboretum has extensive records of the many eucalyptus species that have been tried over the last 85 years.  It has long been a goal of local gardeners to see which species would prove to be cold hardy in the long term in our climate, and the Arboretum was a good laboratory for this.  Some species would persist for years or even decades until a sudden drop into the 10-20 degree F range would cull out all but the hardiest.  Many were killed to the ground but would come back strongly from the roots once spring arrived.  A very few would sail through, and these were usually ones that had been in the ground longer.  Cider gum and a handful of others—especially the snow gum, Eucalyptus pauciflora ssp. niphophila—are the species that have lasted over the years. 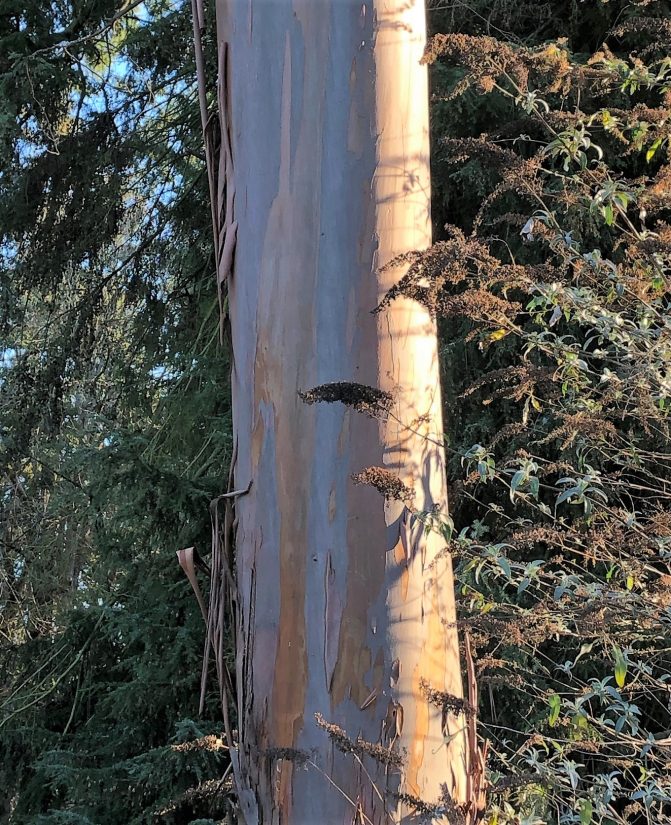 Eucalyptus gunnii features smooth bark that peels in large flakes of green, creamy orange and white, which ages to various shades of grey.  Juvenile foliage is opposite, green to bright grey-blue and rounded, 1-1 ¾” long.  Young shoots are glaucous.  Adult leaves are alternate in arrangement, elliptic to lanceolate and 1 ½ to 3” long.  Flowers appear in late winter in the Pacific Northwest, often in February or early March.

Cider gum is the most commonly grown eucalypt in the British Isles, though it is best suited for larger gardens.  It is very tolerant of a wide range of growing conditions, including soils of poor fertility and drier sites.  Sun is a must, and ours is in a relatively open area compared to most of the Arboretum.  Hardiness improves with age, which is likely another reason our large specimen has done so well.  It is now over 60 years old.

Location:  There is only one specimen currently growing in the Arboretum, accession 1295-56-A, a magnificent tree in Grid 8-4E just north of the vehicle turnaround area across Arboretum Drive E from the New Zealand Forest.

Origin: Eucalyptus gunnii is endemic to Tasmania, Australia. It is found on the central plateau on plains and slopes, often on wet ground, from 2,000 to 3,500’ in elevation.  Our specimen was grown from seeds collected on Mt. Arrowsmith.

Height and spread:  In the wild, cider gum can reach 120’ tall or more.  Some specimens in England have reached over 100’ in the 150 years they have been in cultivation there.  It can be grown as a bushier tree, but often it maintains a single trunk and this is where the greatest heights are achieved.  It generally is under 25’ wide if grown as a singled trunk specimen.   Eucalyptus gunnii is a fast grower and can grow up to 6’ a year in certain conditions.  It can be maintained as a coppiced shrub if desired.

Hardiness:  Cold hardy to USDA Zone 8.  It is generally considered the most cold-hardy of the arboreal forms of the genus. 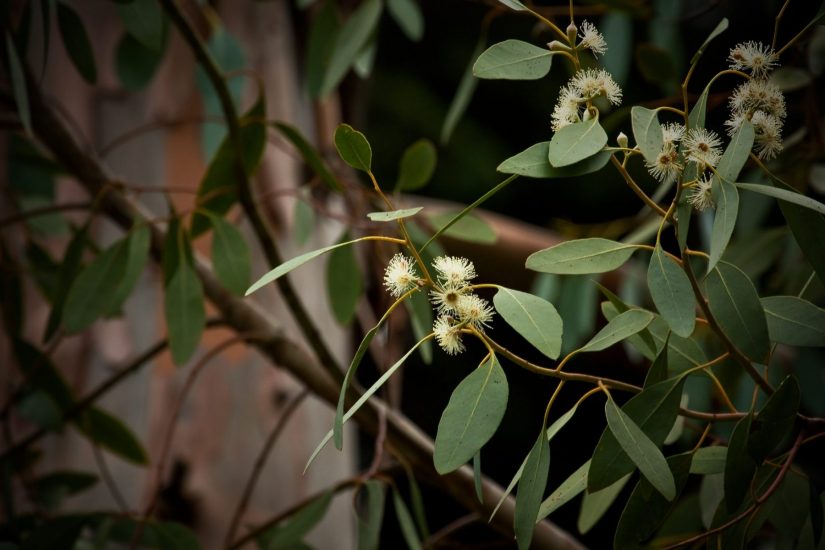