22 posts in Weekend Walks
all posts » 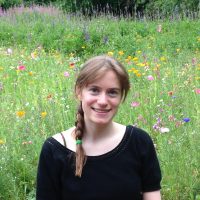 Kyra Kaiser always dreaded public speaking growing up.  So you might not expect that she would end up as one of UW Botanic Gardens’ most enthusiastic tour guides at the Washington Park Arboretum, leading groups of visitors into the secret places of that 230 acre forested gem inside the City of Seattle.
Kaiser, a second year student at UW who intends to major in plant biology, leads free weekend walks at the Arboretum, a tour program with a broad focus that changes monthly according to the season and route taken.

Biology in the Wild 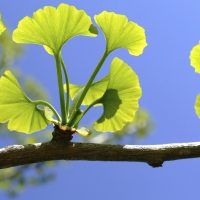 “I was amazed to learn that the Ginkgo biloba tree, which is thousands of years old but extinct in the wild, was saved by Buddhist monks who planted this tree in their monasteries so the species would live on!”
“We thought we would only hear the Latin names of a multitude of obscure plants,” she said, “but instead we heard amazing stories of survival and cooperation in nature.”

These were just two of the observations made by freshman and sophomore students who took one of the free guided tours at the Washington Park Arboretum.

When the Olmsted Brothers first came to the Seattle area in the early 1900s, they were impressed by the size, abundance and beauty of our native conifers. Thirty years later when they designed the collection placement for the Washington Park Arboretum, they made a point of not removing our native trees, but placing the arboretum collection within a matrix of these native conifers.

Pterocarya stenoptera, common name Chinese Wing Nut, has gorgeous lime green seed catkins 12-14″ long each bearing up to 80 seeds. That’s pretty amazing in itself but when these seed catkins are dripping off of each limb of a tall tree the effect is stunning.
The Wing Nut genus resides in the walnut family, or Juglandaceae, and is used for ornamental purposes in gardens around the world.

How does a teenager experience a tour of the Washington Park Arboretum? Read about it first-hand from our summer communications volunteer.

Along Azalea Way this time of year, as many of you know, the Rhododendron cultivars, Redbuds & Dogwood Trees are putting on their show of stunning blossoms.   Amongst all these flowering shrubs and trees it is sometimes hard to discern any individual plants, but its always worth it for me to stop at the group of Rhododendron occidentale at the North end of Azalea Way.

The Liquidambar styraciflua, or Sweetgum, is one of autumn’s most brilliantly colored trees. See it in full glory at the Arboretum.

This photo is of a native Thuja Plicata (common name; Western Red Cedar) and shows the great J-arm branches that these trees feature. Although the Puget Mill Company logged most trees on the site by 1900, this particular Thuja was perhaps overlooked by the loggers and is therefore one of the oldest and largest specimens in the arboretum. It is located between the Witt Winter Garden and Azalea Way.

Rhododendron macabeanum is one of the finest big leaved Rhododendron species and has received the Royal Horticultural Society’s Award Of Garden Merit.  It has large yellow/white flowers often blotched purple inside with an interesting bright pink stigma.  The leaves are a dark glossy green and about 1′ in length with a light colored indumentum on the underside.  It also bears a nice silvery young leaf and bright red bud scales.

Read more
Back to Top