39 posts in Personal Profiles
all posts » 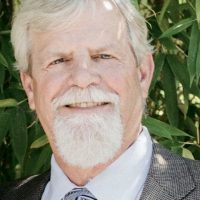 Fred Hoyt, UW Botanic Gardens Director and Orin and Althea Soest Chair for Urban Horticulture, has announced he will retire at the end of January, 2021. Please join us in showing our appreciation for Fred’s service and congratulating him on his retirement. 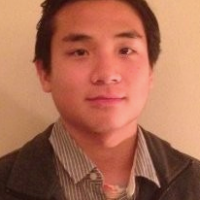 My Experience As A Member Of The Farm Team

Organic…All-Natural…non-GMO…no additives. So what do these all really mean? My summer as a graduate student farmworker has given me the opportunity to investigate this appetizing discussion frequently circling food communities and connoisseurs. Now I am far from claiming myself a food guru, but my time so far on the UW Farm has opened tremendous insight on the day-to-day experience of an urban farmer. 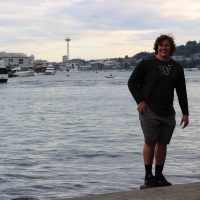 From Football to Farming

This is Duke’s first year as one of three UW Farm student staff. Originally from Woodinville, WA, Duke was on the University of Washington football team his freshman year. During that first season as a Husky, he sustained a back injury that ended his playing career. However, he continues to be connected to the team, working as part of the UW Football film crew that tapes games and practices. 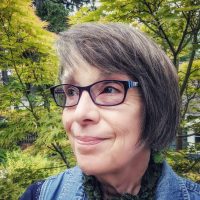 Corinne Kennedy was not an early-blooming gardener. As a teenager, she was adamant that her parents couldn’t make her do “yard work.” Fortunately, after buying her first house years later, she discovered that gardening was a great way to relax from her coordinator position at Metro Transit. It was a “good job,” but the realities of sump pumps, exhaust fans, and other equipment were far removed from her interests, passions, and education (a Whitman College BA in English Literature, and a University of Washington BA in Women Studies). 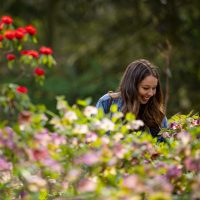 Erica Husting is a current graduate student at the University of Washington studying to get her Masters in Library and Information Sciences (MLIS). With a love for all things books and information, Erica hopes to one day work in a library and contribute to the institutions that inspired her passion to read and explore.
Erica is a volunteer with the Elisabeth C. 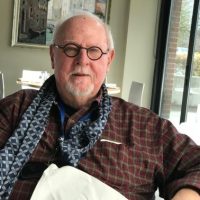 We are excited to recognize Dr. John Wott, Director Emeritus of UW Botanic Gardens, who has been awarded the 2019 American Horticultural Society Professional Award for his many contributions to the horticultural field throughout his career. We also extend our enthusiastic congratulations to Riz Reyes, UW graduate, former UW Botanic Gardens horticulturist, and current UW Farm volunteer, who was honored with the 2019 Emerging Horticultural Professional Award. 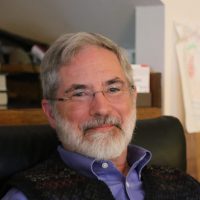 Brian Thompson’s interest in gardening started at an early age when his parents gave him a dozen gladiolus corms for his seventh birthday.  As they grew and bloomed, he began to record the varying plant heights, size and number of florets, and the impact of the environmental factors, such as his brother’s lawnmower, on their success.  As other plants, bulbs, and seeds were added to that early garden, an almost equal fascination took hold with the accompanying data logs, site maps, and charts one could prepare. 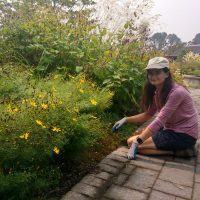 Ilea Howard is completing an internship with UW Botanic Gardens this summer. She is a student at Oregon State University where she’s majoring in sustainability and horticulture. The internship, which runs June through August, will provide her with credit hours and experience trying new things, such as driving a tractor!
Before starting work each day, Ilea puts on her work pants and sturdy hiking boots.

Service in Numbers: Reflecting on my time with UW Botanic Gardens 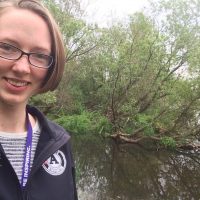 My name is Rebecca Janssen and I am an AmeriCorps member serving with UW Botanic Gardens as the Adult Environmental Education Coordinator. The day that this is posted, August 15th, is the final day of my service. I was looking recently at a little half-sheet flyer promoting summer and some fall adult education programs. As I was reading through the list, it was really exciting to realize how many of those I had been involved with – 15 of the 22 classes listed! 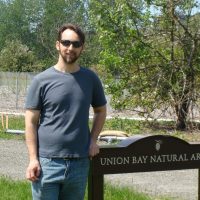 Joe Neumann is completing a Master of Environmental Horticulture degree program at the University of Washington. He’s been working to restore different sites in the Union Bay Natural Area along the western shore of Lake Washington at the Center for Urban Horticulture. The restoration project includes clearing invasive plants and establishing native plants on three main sites to create healthy habitats for plant and animal life.

Read more
Back to Top