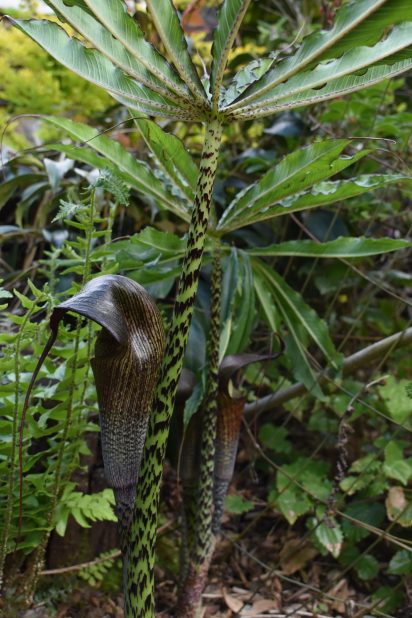 I love woodlands. And a big part of that is I love all the woodland perennials. One of my favorite genera of woodland perennials is Arisaema. Arisaema are in the family Araceae, which you may know as jack-in-the-pulpit plants or aroids. The pulpit (known as a spathe) is a modified leaf that protects “jack” (the spadix) which contains the small flowers.

Some aroids exhibit unusual properties. Species such as the titan arum a.k.a. corpse flower (Amorphophallus titanum) and the dragon arum (Dracunculus vulgaris) produce intense, foul, rotten-meat scents to attract pollinators such as flies and beetles. Often these arums, including our native skunk cabbage (Lysichiton americanus), increase the temperature of their spadix to volatize the organic compounds that make up this scent, which has the added benefit of melting any snow cover off the flowers. This gives them a leg up on monopolizing the early season pollinators.

Another interesting feature of some Arisaema species is that they are often male when young, becoming female only after building up enough resources to produce seed. The year after setting seed, the plant may revert to only producing pollen for a year or two. The seed, like many other aroids, is born on the stem in a cluster, ripening sometimes long after the leaves have senesced for the year. The ripe seed is typically bright orange-red, providing a touch of fall garden decoration.

The earliest Arisaema to emerge in my garden is Arisaema taiwanense. A. taiwanense is an easy to grow, stunning perennial that adds an exotic flavor to your home.  This aroid has dark, snakeskin-like coloration along its pseudostem (stem carrying both leaves and flowers). The hood (spathe) resembles a cobra and is a deep, almost-black maroon, finishing with a long mouse-like tail. The pinwheel type leaf, each leaflet reaching 12-18 inches long and ending in a similar dark thread, stands well above the flower and can reach 30 inches tall. 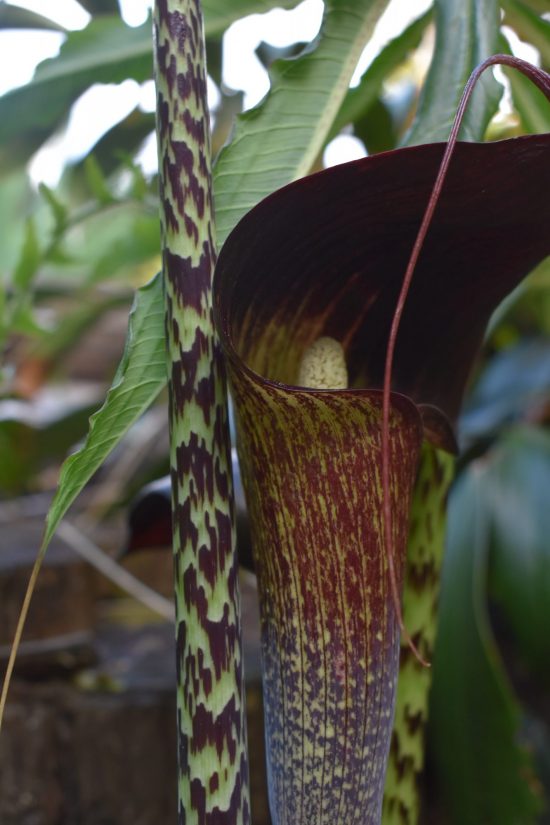 Fortunately, Arisaema taiwanense does not fall into the foul-smelling category. (In a scientific study conducted by myself, just now, I could detect essentially no scent as I bravely poked my nose into the face of the cobra.) Though I consider them woodland (meaning shade preferring) plants, I have grown some in south facing borders. The plants would not handle dry soil in such exposure, but the additional sun seemed to only result in smaller, more compact plants.

As the name suggests, this cobra lily is native to Taiwan. There are nearly 200 species of Arisaema to experiment with in your garden, most native to Asia, though there are two which hail from the eastern United States: A. dracontium and A. triphyllum.  I wish you luck in your garden with these wonderful plants! 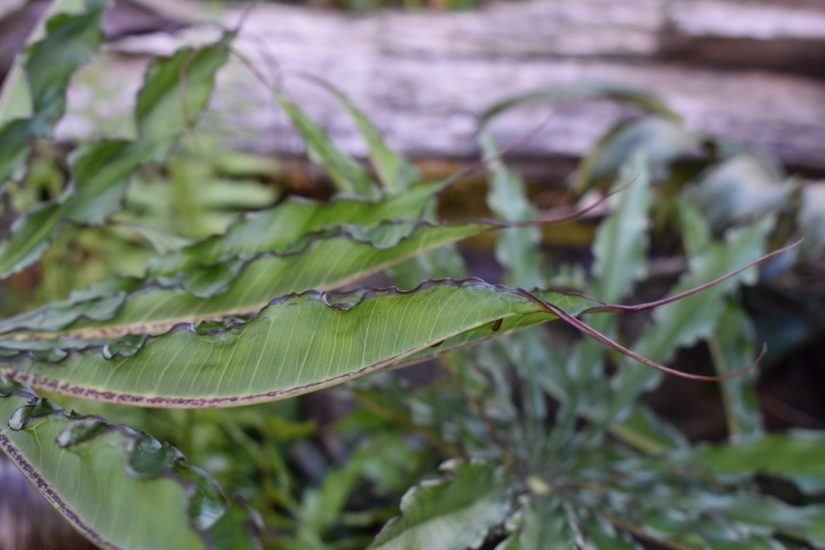